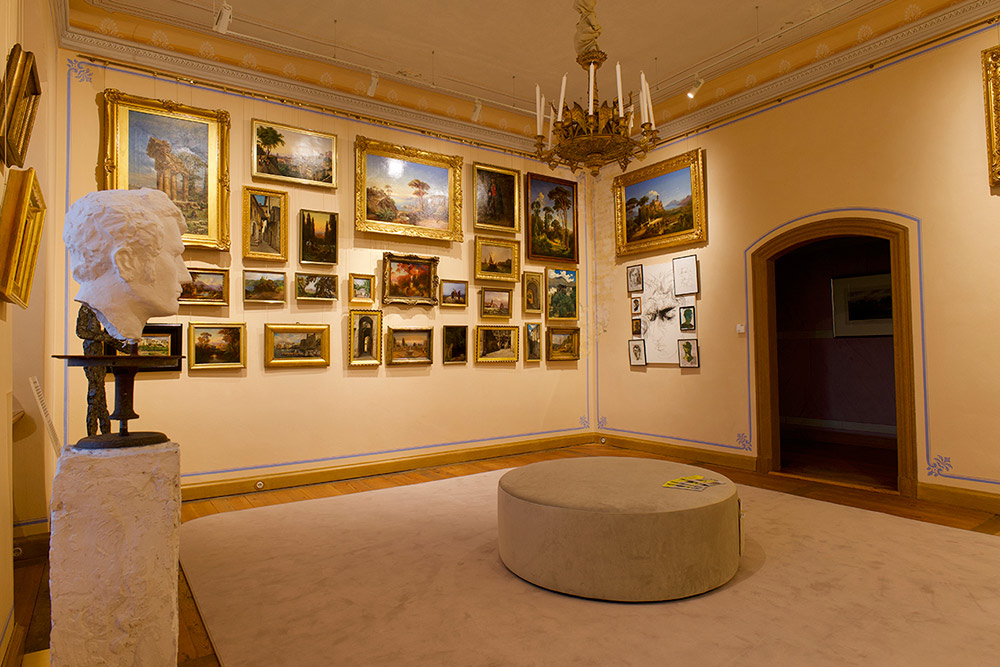 Carl Blechen’s landscapes mark a milestone in the development of modern painting. Since 1913, the City of Cottbus has been collecting works by the Cottbus-born artist, his contemporaries, as well as their so-called successors up to modernism. Parts of the Carl Blechen Collection were first presented here in Branitz in 1947, when the palace became a museum. Today, these three Prince’s rooms and the Chamois Room host a selection of his paintings and graphics.