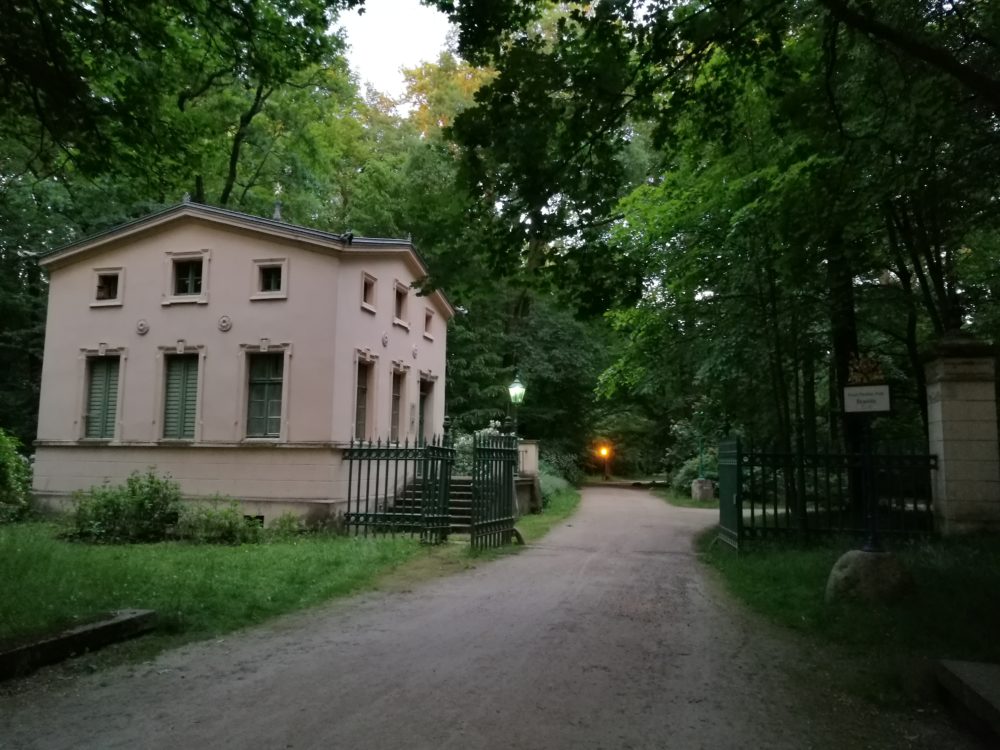 The Cottbus Gatehouse is the entrance to the park for visitors coming from Cottbus and is located on the border between the inner and outer park. It was built in 1848/49 in classicist style and served as the residence of the gatekeeper, who was also the pheasant keeper.

Together with the Stables, it was originally a farm building for the Palace and part of the Old Estate. From 1858 the Cavalier House was redesigned in the English Tudor Gothic style. The west gable is decorated with the sculpture of Mary and Child by the sculptor Friedrich Drake. Together with the cross placed above it, Pückler gave the building the appearance of a house chapel. 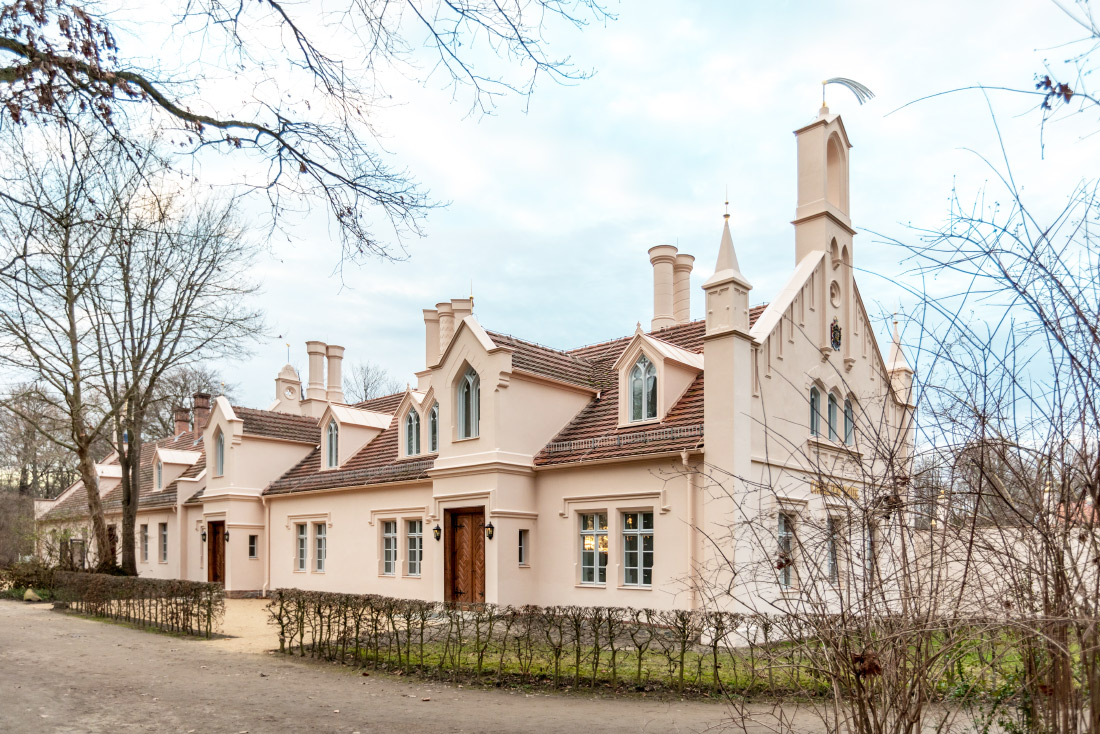 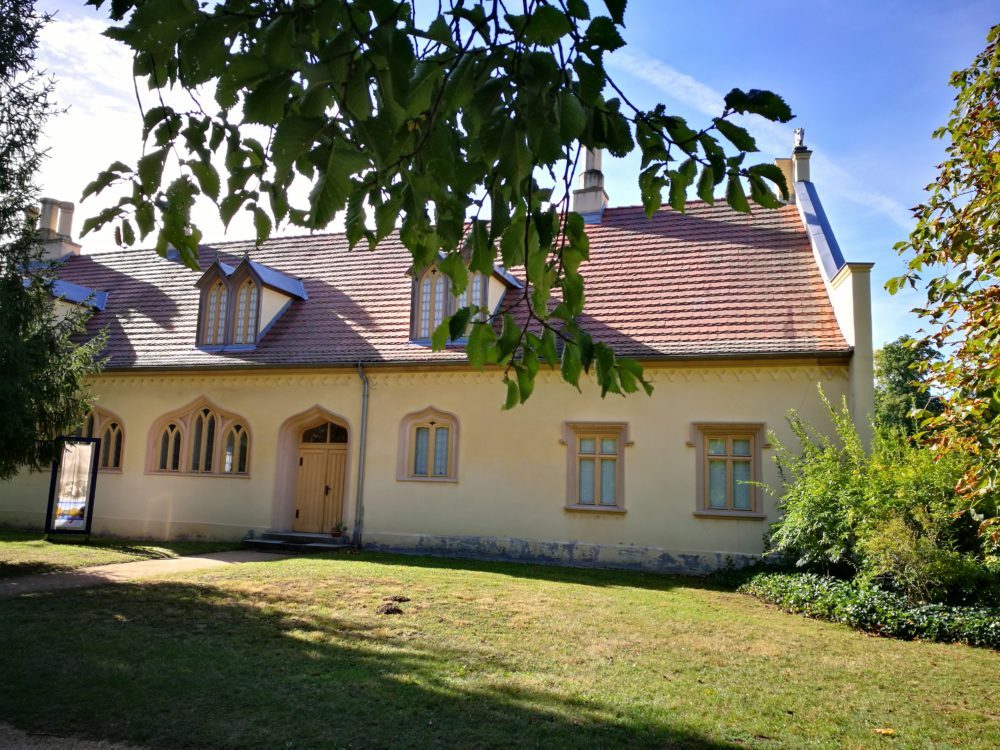 The two horse heads on the west gable and the weathervane on the east gable bear witness to the former function of the stables, a farm building from the second half of the 18th century, which was rebuilt in neo-Gothic (Tudor) style around 1847/50. In addition to the carriages, Pückler’s riding horses, which he had brought with him from the Orient, and precious harnesses and saddles were also housed here.

The Park Smithy in the eastern inner park, built between 1849 and 1851, marks the historic main entrance to Branitz Park. Its architectural style is a combination of English Tudor Gothic and oriental influences. In addition to its function as a princely smithy, the building originally served as a gatehouse. An iron gate formed the entrance to the inner park. 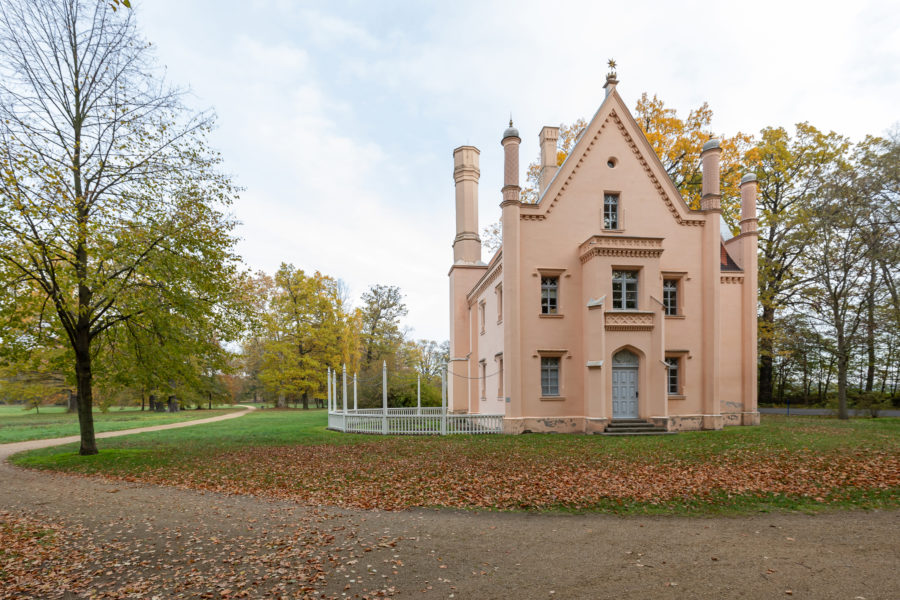 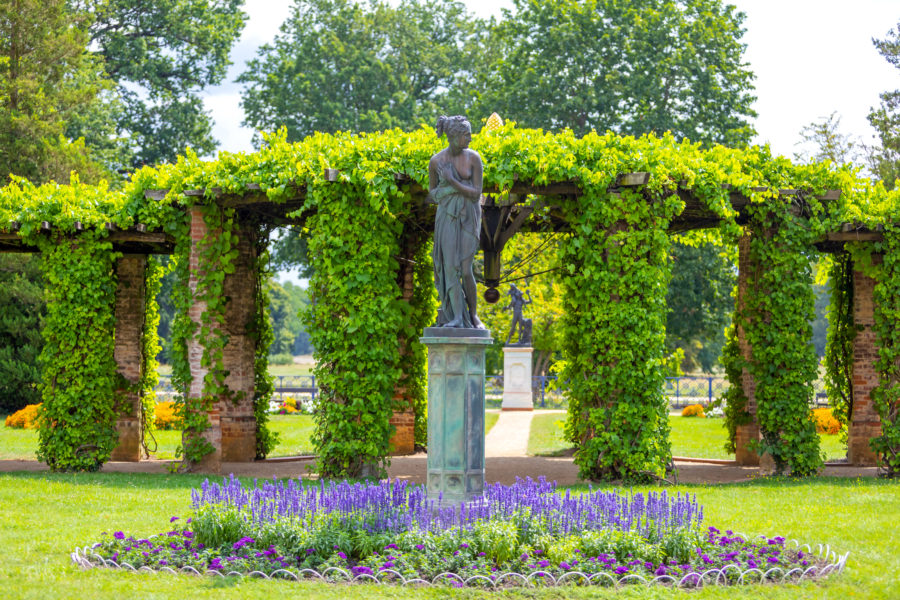 Prince Pückler designed the immediate surroundings of the Palace as a pleasure ground following the English model. While the actual park was intended to look as natural as possible, these grounds were arranged more lavishly. Designed as open-air salons, the individual special gardens were to vary in shape like the rooms in the Palace.

The only remaining of the numerous arbours and pavilions that adorned the Branitz pleasure ground in Prince Pückler’s time is the kiosk built in 1848 with the gilded bust of Henriette Sontag (1806-1854). Pückler had an affair with the world-famous opera singer in London in 1828. 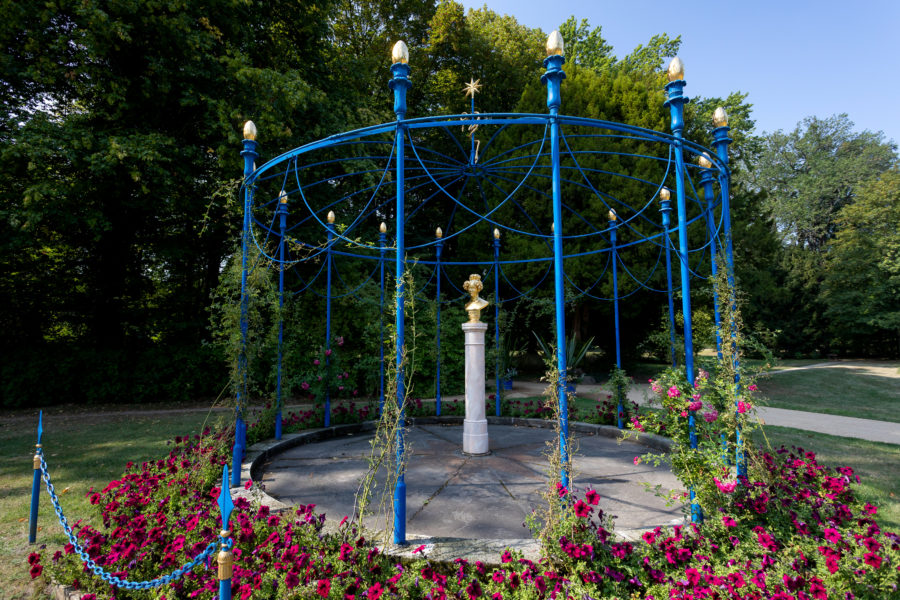 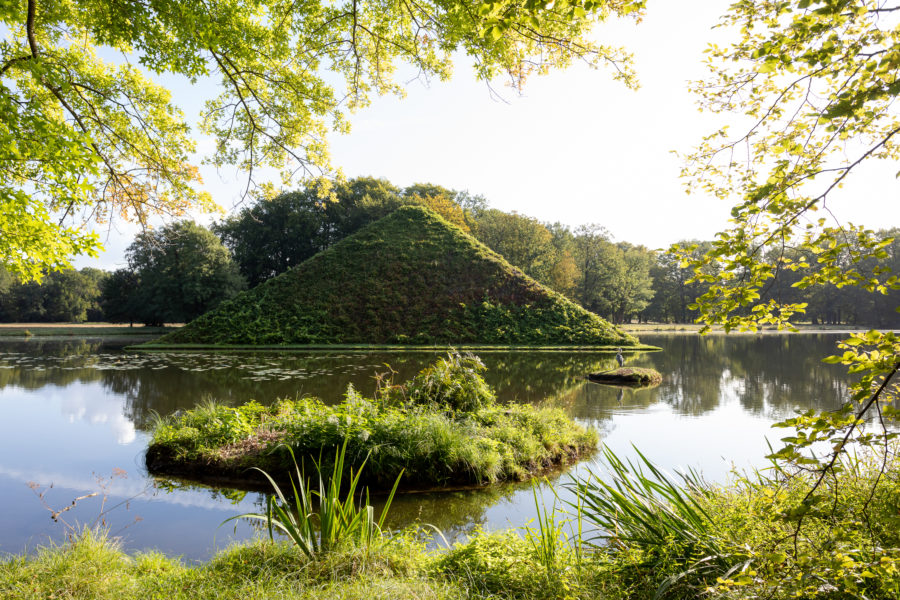 In a letter to Princess Lucie which he wrote in 1850, Pückler already mentioned his plan to be buried in a pyramid in a lake. He marked the location for the planned tumulus in Branitz in 1852 by building a crypt. After a precisely regulated burial ceremony, Prince Pückler was laid to rest in his pyramid in the middle of the Pyramid Lake in February 1871.

In 1860, work began on the land pyramid, which was modelled from the excavation of the surrounding lakes until 1863. Pückler may have been inspired by the pyramids in Meroe and Sakkara, Egypt, which the Prince visited during his journey to the Orient from 1834 to 1840. 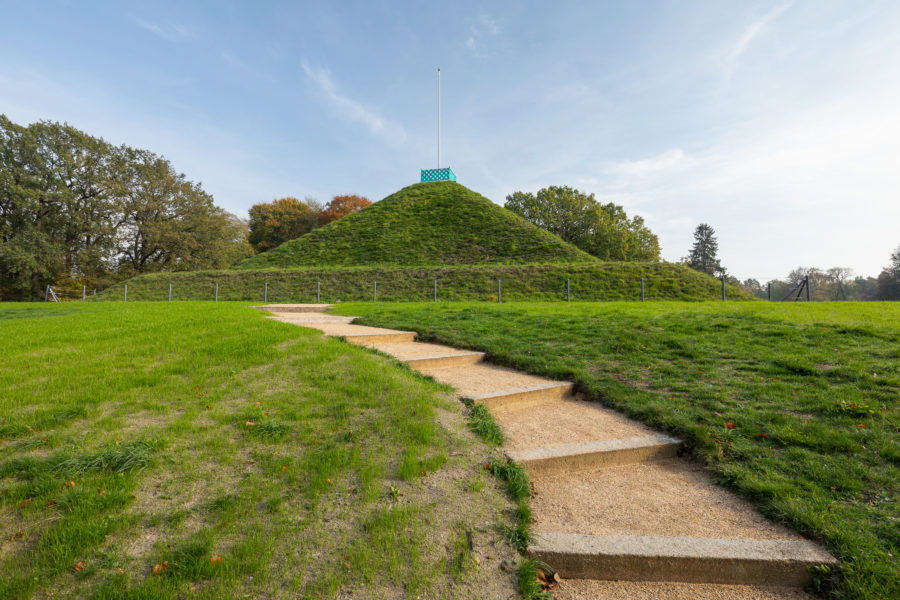 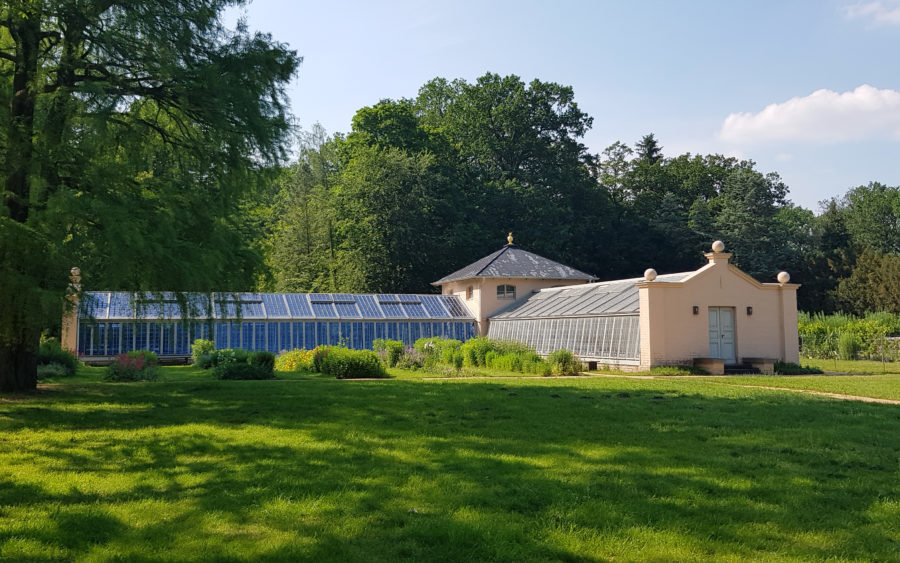 From 1848, Prince Pückler had the Nursery built with numerous greenhouses, orchards and kitchen gardens, a cold frame yard, growing areas for flowers and perennials and a tree nursery. The Upper House was built in 1848/49 as the first of the greenhouses. By 1860, numerous other greenhouses had been built in the Nursery, of which the Blue House, named after its striking blue glazing, and the Large Pineapple House still exist today. Both greenhouses are connected by the Domed House or Heating House, which is crowned with a golden pineapple.

The Black Lake was created by the extension and redesign of the old Branitz village pond. The so-called Swan House in Swiss style was built on the Fox Island. Prince Pückler had brought a model of the house back from a trip to Salzburg, and had it built and erected around 1850 based on this model.
The Fish Balcony was built on the shore of the Black Lake as early as 1849. The cast-iron grating, designed by Karl Friedrich Schinkel, was added in 1863. From here you have a panoramic view of the Moon Hills with the moon stele. 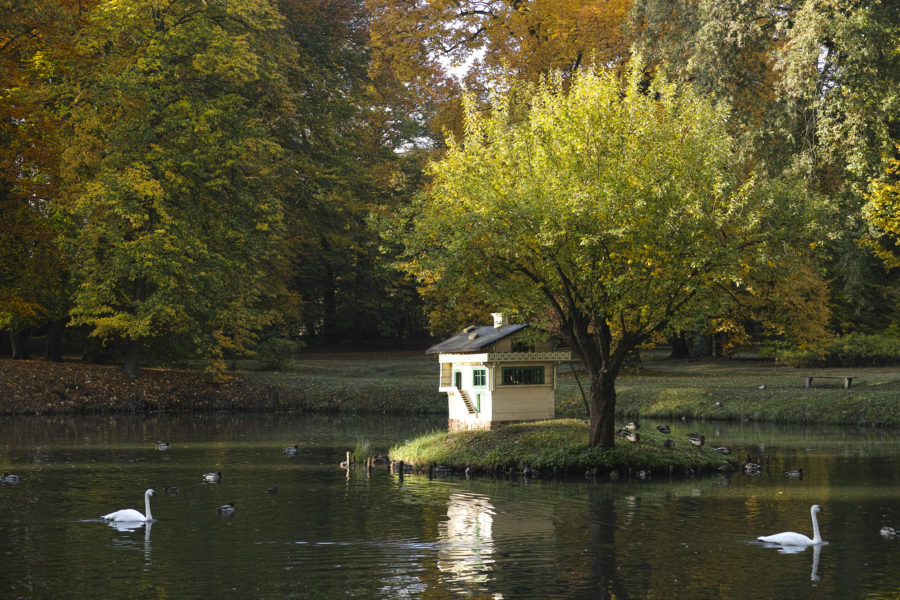 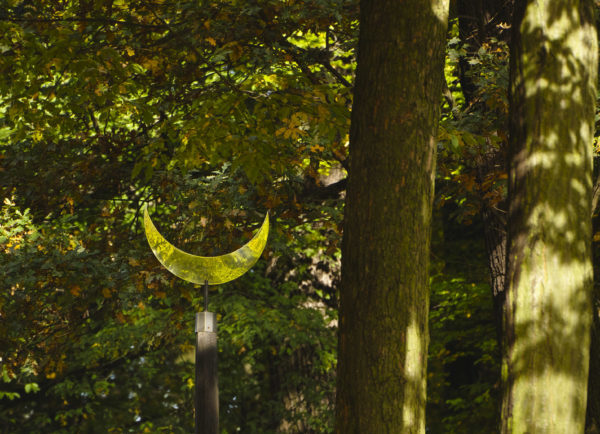 South of the Reed Lake, Prince Pückler created the Reed Lake Hills from the excavations of the lake. They surround a deep hollow, which Pückler named Wolfsschlucht (Wolf’s Gorge) in reference to Carl Maria von Weber’s opera Der Freischütz (The Marksman) and he designed it accordingly. A crucifix was set up on the Holy Mountain in 1859. The crucifix, as a Christian symbol, was in contrast to the crescent moon on the Moon Hills near the Black Lake which symbolised Islam.

From 1850 Prince Pückler had a new farmyard built on the edge of the eastern inner park. The new farm estate consisted of numerous horse stables, cow sheds and sheepfolds and was the centre of the agricultural use of the adjacent outer park. In addition to the farm buildings, the Prince had other buildings erected on his new farm estate, such as barns, a carriage shed, homes for gardeners, coachmen and shepherds, a prison and, in 1856, the farm inspector’s house. Today the Visitor Centre and the headquarters of the management and administration are located here. 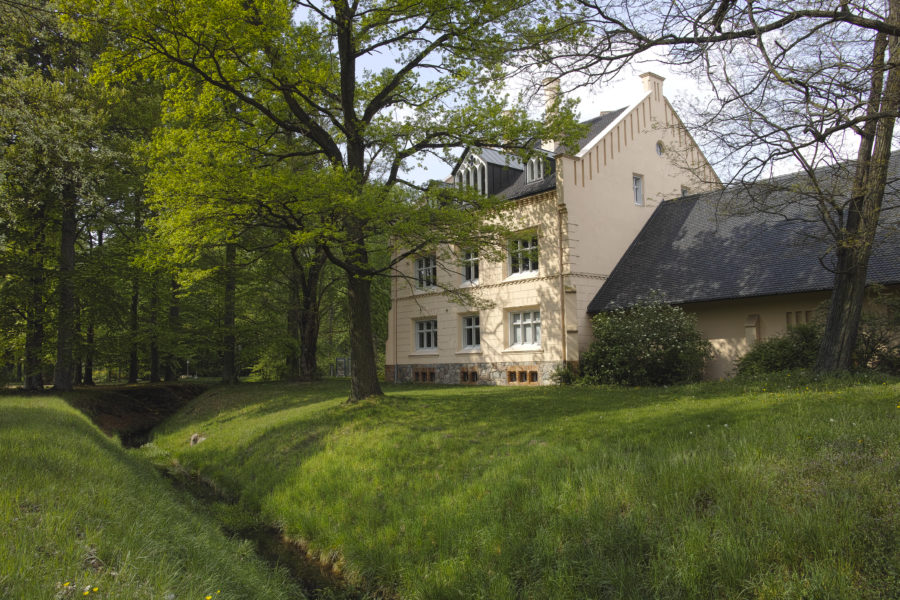 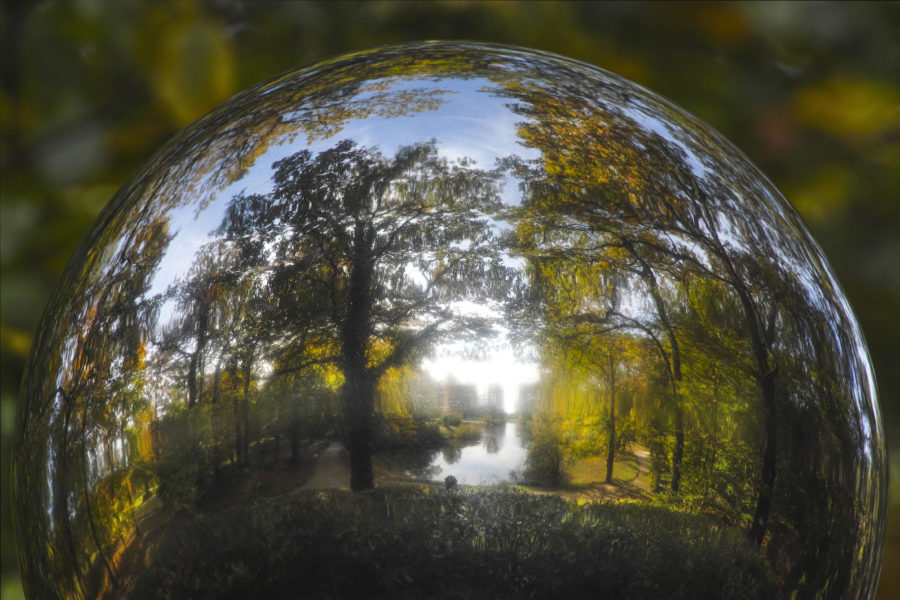 From the terrace of the Palace, visitors to the park can already see a ball shining in the distance. It stands at the western end of the Reed Lake on Glass Ball Hill. The mercury mirrored glass ball was set up in 1861 in the centre of a round bench and reflects a compressed image of the surrounding park panorama from a close distance.

Heinrich Count of Pückler, who inherited the Branitz estate in 1871 after Prince Pückler’s death, had the family vault built in 1891. Since then it has served as a final resting place for members of the noble Pückler family and is maintained by the foundation. 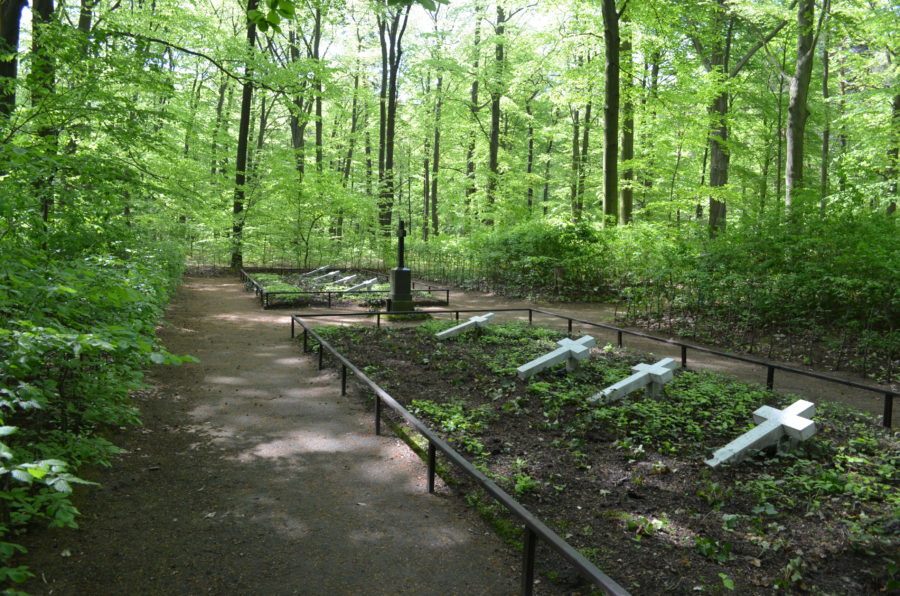 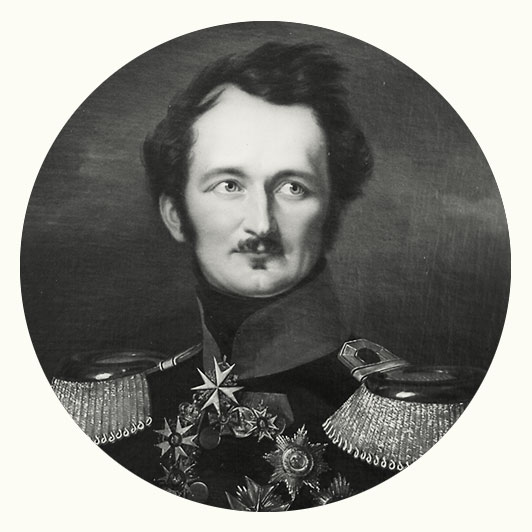 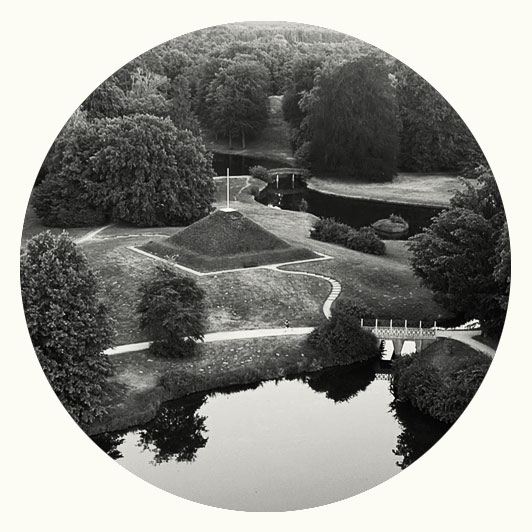 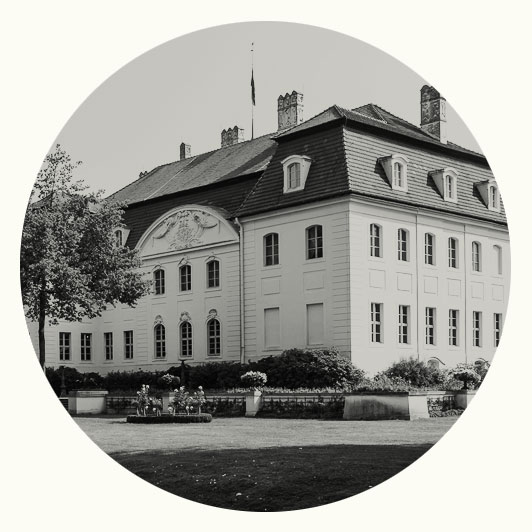