Founded in 1913, the Cottbus collection, with its 85 works, is one of the most extensive collections of the artist’s works in the German museum landscape. It comprises nearly all phases of the work of Carl Blechen, who – alongside Caspar David Friedrich – was the most important painter of the 19th century: from his early Romantic works, in which he worked partly according to classical principles, to his later works in a generous style of painting. Contrary to the understanding of nature at the time, Carl Blechen discovered the motifs for his painting in the supposedly unpleasant, wild and everyday nature. His artistic virtuosity, the imaginative and mysterious in his paintings, and the fact that his life ended tragically due to severe depressions make the artist a special phenomenon in German Romantic painting.
Beyond the works of the artist himself, the Cottbus Carl Blechen Collection also owns more than 400 works by content-related artists, especially students and artist colleagues of Carl Blechen; amongst others works by August Wilhelm Schirmer, Friedrich August Elsasser, Carl Krüger, Friedrich Ahlborn, Carl Steffeck, Johan Christian Clausen Dahl. 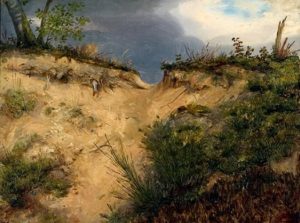 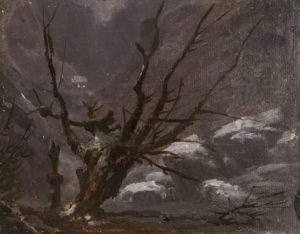 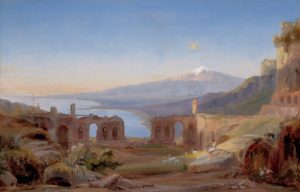 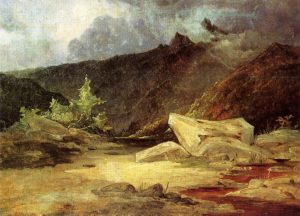