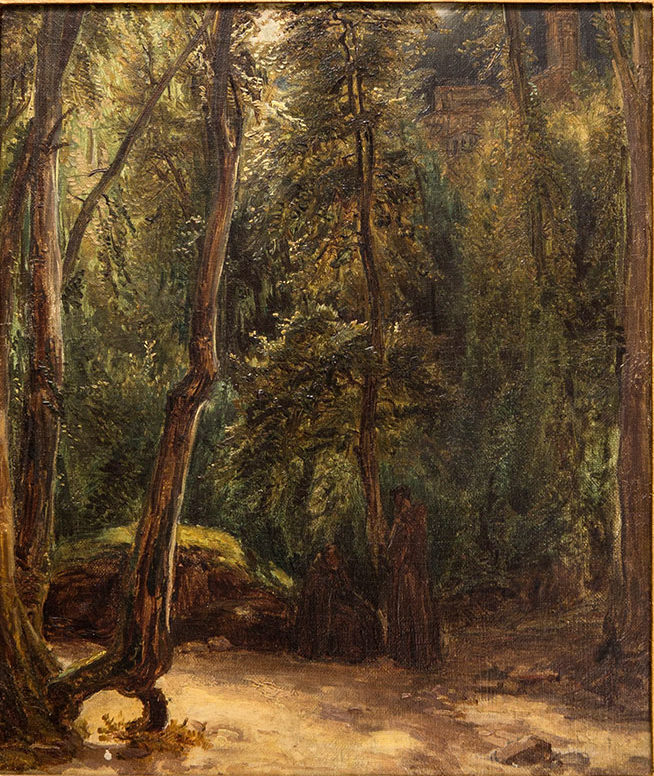 Exhibition in the Visitor Centre

The landscape painter Carl Blechen (1798 – 1840) and the landscape gardener Hermann Prince of Pückler-Muskau (1785 – 1871) were contemporaries. Although they probably did not know each other personally, they have two things in common:

Blechen spent the first years of his life in Cottbus; Pückler lived in Branitz near Cottbus from 1845. Both were also involved in the artistic creation of landscape. Pückler described the garden art as a ‘nature painting’ and based the creation of his parks on landscape painting. The exhibition will tell you which ideas were important to him.

On the ground floor of the Visitor Centre, works by the painter Carl Blechen, born in Cottbus in 1798, are on display. His works are today represented in many large museum collections. Cottbus, his native town, started a collection in 1913, which has been exhibited in Branitz since 1955. Today, it comprises more than 80 works from all creative phases of the most important German landscape painter of the 19th century alongside Caspar David Friedrich. The Cottbus collection also includes works by predecessors, contemporaries and students of Blechen, such as Johan Christian Clausen Dahl, August Wilhelm Schirmer, Friedrich Elsasser and Carl Steffeck.